What is Natural Gas?

Natural gas is a v 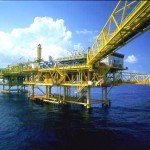 ital component of the world’s supply of energy. It is one of the cleanest, safest, and most useful of all energy sources. Despite its importance, however, there are many misconceptions about natural gas. For instance, the word ‘gas’ itself has a variety of different uses, and meanings. When we fuel our car, we put ‘gas’ in it. However, the gasoline that goes into your vehicle, while a fossil fuel itself, is very different from natural gas. The ‘gas’ in the common barbecue is actually propane, which, while closely associated and commonly found in natural gas, is not really natural gas itself. While commonly grouped in with other fossil fuels and sources of energy, there are many characteristics of natural gas that make it unique. Below is a bit of background information about natural gas, what it is exactly, how it is formed, and how it is found in nature.

What is Natural Gas?

Natural gas, in itself, might be considered an uninteresting gas – it is colorless, shapeless, and odorless in its pure form. Quite uninteresting – except that natural gas is combustible, abundant in the United States and when burned it gives off a great deal of energy and few emissions. Unlike other fossil fuels, natural gas is clean burning and emits lower levels of potentially harmful byproducts into the air. We require energy constantly, to heat our homes, cook our food, and generate our electricity. It is this need for energy that has elevated natural gas to such a level of importance in our society, and in our lives.

Natural gas is a combustible mixture of hydrocarbon gases. While natural gas is formed primarily of methane, it can also include ethane, propane, butane and pentane. The composition of natural gas can vary widely, but below is a chart outlining the typical makeup of natural gas before it is refined.

In its purest form, such as the natural gas that is delivered to your home, it is almost pure methane. Methane is a molecule made up of one carbon atom and four hydrogen atoms, and is referred to as CH4. The distinctive ?rotten egg? smell that we often associate with natural gas is actually an odorant called mercaptan that is added to the gas before it is delivered to the end-user. Mercaptan aids in detecting any leaks.

Ethane, propane, and the other hydrocarbons commonly associated with natural gas have slightly different chemical formulas.

Natural gas has many uses, residentially, commercially, and industrially. Found in reservoirs underneath the earth, natural gas is often associated with oil deposits. Production companies search for evidence of these reservoirs by using sophisticated technology that helps to find the location of the natural gas, and drill wells in the earth where it is likely to be found. Once brought from underground, the natural gas is refined to remove impurities such as water, other gases, sand, and other compounds. Some hydrocarbons are removed and sold separately, including propane and butane. Other impurities are also removed, such as hydrogen sulfide (the refining of which can produce sulfur, which is then also sold separately). After refining, the clean natural gas is transmitted through a network of pipelines, thousands of miles of which exist in the United States alone. From these pipelines, natural gas is delivered to its point of use. For more information on how natural gas gets from underneath the ground to its final destination,

The Formation of Natural Gas

Natural gas is a fossil fuel. Like oil and coal, this means that it is, essentially, the remains of plants and animals and microorganisms that lived millions and millions of years ago. But how do these once living organisms become an inanimate mixture of gases?

There are many different theories as to the origins of fossil fuels. The most widely accepted theory says that fossil fuels are formed when organic matter (such as the remains of a plant or animal) is compressed under the earth, at very high pressure for a very long time. This is referred to as thermogenic methane. Similar to the formation of oil, thermogenic methane is formed from organic particles that are covered in mud and other sediment. Over time, more and more sediment and mud and other debris are piled on top of the organic matter. This sediment and debris puts a great deal of pressure on the organic matter, which compresses it. This compression, combined with high temperatures found deep underneath the earth, breaks down the carbon bonds in the organic matter. As one gets deeper and deeper under the earth?s crust, the temperature gets higher and higher. At low temperatures (shallower deposits), more oil is produced relative to natural gas. At higher temperatures, however, more natural gas is created, as opposed to oil. That is why natural gas is usually associated with oil in deposits that are 1 to 2 miles below the earth’s crust. Deeper deposits, very far underground, usually contain primarily natural gas, and in many cases, pure methane.

Natural Gas Under the Earth

Although there are several ways that methane, and thus natural gas, may be formed, it is usually found underneath the surface of the earth. As natural gas has a low density, once formed it will rise toward the surface of the earth through loose, shale type rock and other material. Some of this methane will simply rise to the surface and dissipate into the air. However, a great deal of this methane will rise up into geological formations that ‘trap’ the gas under the ground. These formations are made up of layers of porous, sedimentary rock (kind of like a sponge that soaks up and contains the gas), with a denser, impermeable layer of rock on top.

There are a number of ways that this sort of ‘dome’ may be formed. For instance, faults are a common location for oil and natural gas deposits to exist. A fault occurs when the normal sedimentary layers ‘split’ vertically, so that impermeable rock shifts down to trap natural gas in the more permeable limestone or sandstone layers. Essentially, the geological formation, which layers impermeable rock over more porous, oil and gas rich sediment, has the potential to form a reservoir. The picture below shows how natural gas and oil can be trapped under impermeable sedimentary rock, in what is known as an anticlinal formation. To successfully bring these fossil fuels to the surface, a hole must be drilled through the impermeable rock to release the fossil fuels under pressure. Note that in reservoirs that contain oil and gas, the gas, being the least dense, is found closest to the surface, with the oil beneath it, typicall followed by a certain amount of water. With natural gas trapped under the earth in this fashion, it can be recovered by drilling a hole through the impermeable rock. Gas in these reservoirs is typically under pressure, allowing it to escape from the reservoir on its own.

In addition to being found in a traditional reservoir such as the one shown above, natural gas may also be found in other ‘unconventional’ formations. Click here to learn more about unconventional natural gas formations such as shale, which may be seen in a graphic on the right.